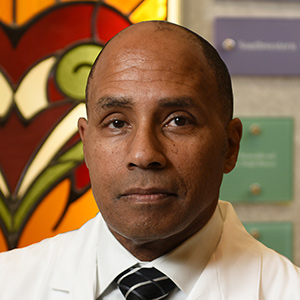 Dr. Hill received his B.S. in Mathematics at the United States Military Academy at West Point, New York, and obtained his M.D. from the University of Florida College of Medicine in Gainesville, Florida. Following his Residency in Obstetrics and Gynecology at Walter Reed Army Medical Center in Washington, DC, Dr. Hill completed his Fellowship in Maternal-Fetal Medicine at the University of Texas Southwestern Medical Center in Dallas, Texas. He also received a Master of Science Degree in Operations Research Engineering at Stanford University in Palo Alto, California. He is board certified in Obstetrics and Gynecology, as well as Maternal-Fetal Medicine.