Here we offer a guide on everything necessary to make good decisions on nasal obstruction. For example, did you know that blowing your nose a lot can make sinus pressure and irritation worse?

How to Test for a Nasal Obstruction

Nasal obstruction means air cannot pass through your nose. The best way to test for this is to put your finger and plug one nostril. Then breathe in and out. Then plug the other nostril with your finger and breathe in and out. Observe if they feel the same. For example, sometimes, one side will whistle, or you might notice air passing through one side of your nose more than the other. Doing this simple nasal congestion test is a quick way to determine if you have nasal obstruction.

The Role of a Physician or Ear Nose & Throat Specialist

Any physician or specialist should provide patient-centered care, said Mark Littlejohn, Ear Nose and Throat Specialist at CHRISTUS Health. For example, Littlejohn said that when a specialist sees a patient in the office, the provider or specialist should find out their main problem and chief complaint and listen to them. Then the specialist tailors a treatment plan that’s best for their needs.

“One of the beauties of an ENT specialist is that we treat things both medically and, when necessary, surgically. But certainly, we’re going to start medically and see if that problem can be solved with medicine. But yet we have the beauty of being able to manage it surgically if we need to,” Littlejohn said.

We have On Demand Care, which means you just sign in from where you are and you get connected to the first available provider. Our On Demand Care providers can treat you for allergies.

The function of the nose is to warm, humidify, and filter the air. This way, when you breathe air in, it’s not too harsh by the time it gets to your lungs. Also, it’s not cold or dry, or full of particles.

The nose is the first line of defense to prepare air for our lungs. When your nose gets irritated from pollutants or encounters pollen, the nasal passages can become obstructed or congested.

We offer seven home remedies that can help you. However, if you have a fixed nasal obstruction, which we detail below, these remedies most likely will not give you the relief you need.

1. Stop Blowing Your Nose So Much

Stop blowing your nose so much. We all know how good it feels to blow your nose when you have a runny and stuffy nose.

Every time you breathe, the sidewall of the nose is flapping against the septum. At first, this feels good. Then, however, the tissue in your nose gets irritated from the repetitive trauma of blowing your nose.

The tissue inside your nose can get swollen. Then it produces more mucus to protect the surface, which is getting repeatedly hit against the septum. Then you naturally produce more mucus with more nasal discharge.

As a result, you want to blow your nose more. Unfortunately, people get into this cycle, and a lot of times, people will end up getting nosebleeds. 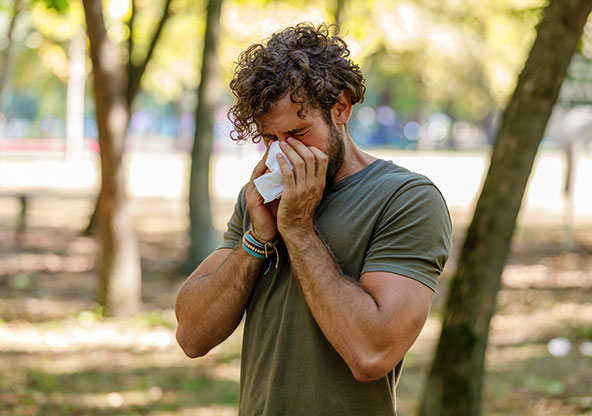 If you’re allergic to cats, stay away from cats! Sometimes avoidance is the best way to avoid allergic reactions. For example, if you have severe allergies during the spring, check your area’s pollen counts during the pollen season. Pollen counts will tell you how harmful the allergens will be where you live, and it might be best to spend less time outside. 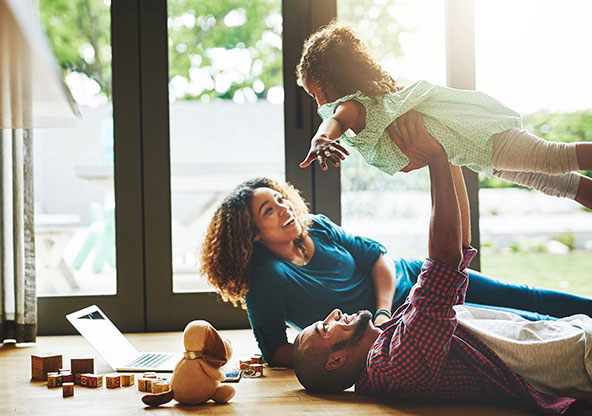 Get an air filter that filters out all of those irritants in the dust in your home. Focusing on environmental control can sometimes decrease the inflammation in the nose because you’re not breathing in all those particles. 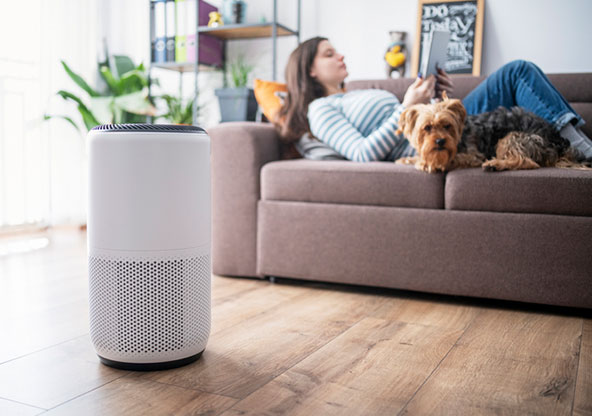 The main ingredient in most decongestants is pseudoephedrine, which can help dry up the secretions.

When turbinates swell from allergies or other irritants, it causes tissue inflammation. Decongestants decrease swelling and nasal blockages. For example, Sudafed and Afrin will shrink down those blood vessels.

These decongestants provide quick and immediate relief. However, these medications should not be taken for an extended period because your nose can get addicted to Afrin. In addition, decongestants can be associated with high blood pressure because it’s constricting those blood vessels.

The good thing about the sprays is they don’t go into your bloodstream as much as the pills do, so they don’t have as many side effects as decongestants.

A saline clean is just washing out the nose with a saline solution. Saline works because it washes out all those particles in your nose that cause inflammation. Saline does not have the side effects of steroid sprays and decongestants because it is just salt water.

Also, since the pandemic, people have become familiar with filtration in the form of masks. Different types of dust masks filter out different kinds of particles, which can help protect the tissues in the nose. Allergen particles are much bigger than coronavirus particles, so masks are more effective at filtering particles from your nose. 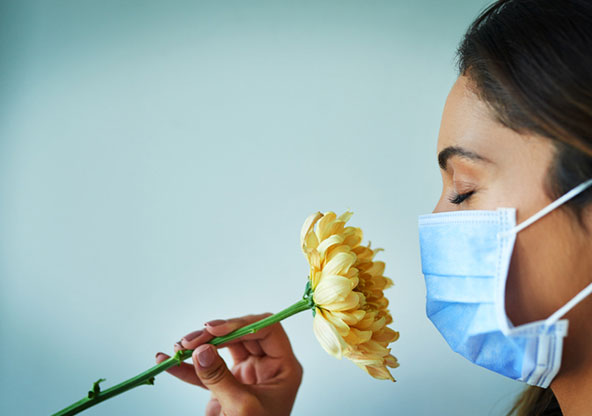 Fluctuating obstructions come and go but can still cause problems with nasal congestion.

The nasal cycle is this physiologic phenomenon where one side will dilate and swell up, and then it goes down. Then the other side will do the same. This happens throughout the day, and most of the time, people don’t even notice it.

But sometimes, people do notice the swelling, especially when gravity is involved.

If you lay on one side, you might get congested on that side and breathe better through the upper side. Then the other side gets blocked with nasal congestion when you flip over. You have probably had this experience while having a cold.

Allergies are one of the most common causes of rhinitis, which irritates your nose and produces mucus. The tissue swells up to try to get rid of the irritant. Then you get mucus and runny nose, and congestion.

There’s also non-allergic rhinitis, but it’s just from irritants. For example, if it is windy where you are, dust can cause rhinitis. Also, wildfires with smoke particles can irritate the nasal tissues and fluctuate because it swells up but then goes back down.

Turbinates are bags of blood vessels in your nose. They can get engorged and swollen sometimes if somebody has allergies or if they’re sick, or if they cry. These are all situations where that tissue will swell up, and sometimes you can barely breathe. The Turbinates will go back down, and sprays and medications can sometimes help this.

A deviated septum can cause one or both nostrils to be blocked.

Most people with a deviated septum are often born with a crooked septum. However, in rare cases, it can be from a sports injury, accident, or fall.

These are growths that can form on your sinuses or nose lining. For example, allergies, chronic sinus infections, or asthma can cause Nasal Polyps. Nasal polyps can block your nasal passages or make them narrower.

Another fixed obstruction is scar tissue or synechia. If you’ve had nasal surgery in the past, used a lot of nasal sprays, or blown your nose too much, you could have scar tissue. Sometimes you can get bands of scar tissue that fuse the side of your nose to the septum and make it a lot harder to breathe again.

Find an Ear, Nose and Throat Specialist Near You

Find an ENT specialist who can work with you if you have fixed nasal obstructions and if you need relief.

Sometimes surgical treatments are the only thing that will heal a fixed obstruction. It doesn’t matter if you take a decongestant or do a saline rinse every day. It’s not going to alleviate the blockage.

One of the most common surgeries for nose obstruction and breathing problems is a septoplasty for the deviated septum.

A septoplasty is a surgical procedure that corrects a deviated septum. The septum is the bone and cartilage that divides your nose into two passages. A deviated septum occurs when the septum is displaced to one side. This can cause difficulty breathing and other problems.

A surgeon straightens up the cartilage, which gives a patient a lot more space to breathe on both sides of their nose.

What is turbinate reduction?

We need those bags of blood vessels because when they dilate, they warm and humidify the air. Sometimes, however, we don’t want them to enlarge so much that we can’t breathe, so what we do is shrink them down. We cauterize some blood vessels to still function, but they don’t swell up so much that they block the nasal passage.

What is a Nasal Valve Collapse?

The nasal valves are the openings on either side of the nose that allow air to pass through. When these valves collapse, it can cause difficulty breathing. This is often caused by a deviated septum or another structural issue.

A surgeon will often use cartilage from another part of the body to reinforce the nasal valves. This helps to keep them open and improve airflow.

Changing the Appearance of the Nose

Find a Doctor Near You

If you have a nose obstruction, it is essential to talk to your doctor about the best treatment options. Surgery may be necessary in some cases, but nonsurgical options can also help. The goal is to improve your breathing and make you more comfortable. 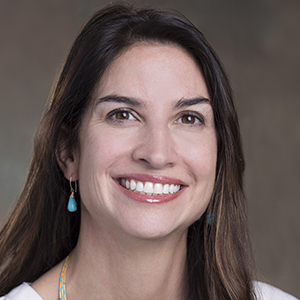 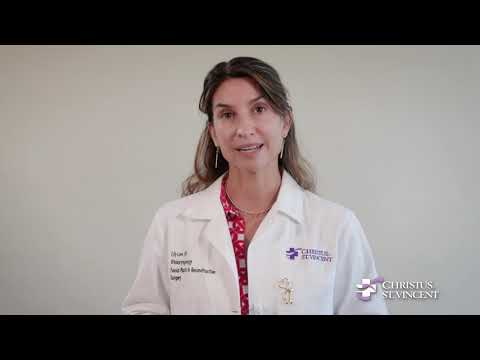