An Alarm After the Fire 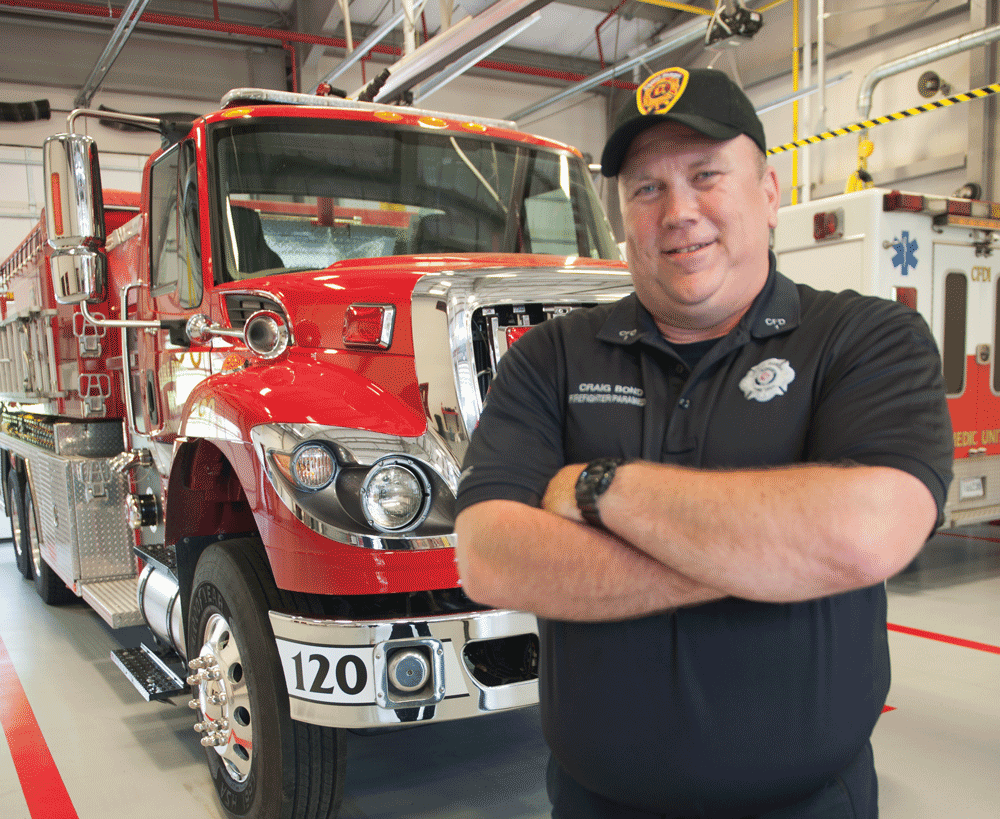 The 47-year-old Blanchard-based husband and father of three became a firefighter and EMT after serving in the National Guard from 1985 to 1989 and in the U.S. Air Force from 1989 to 1994. In 2014, Craig was working in his fire station when he felt a lump on his neck. Unsure of what it was, Craig visited an ear, nose and throat specialist for a computerized tomography (CT) scan and lab work. Initially, the mass appeared to be a non-cancerous tumor, but Craig scheduled a surgery to have the mass removed.

The biopsy revealed the mass was actually a low-grade follicular lymphoma, a form of non-Hodgkin’s lymphoma, in the parotid gland. At that point, a friend referred Craig to the CHRISTUS Cancer Treatment Center.

THE TREATMENT PROCESS
When CT scans showed it was possible some of the lymphoma remained, Craig’s medical oncologist at the CHRISTUS Cancer Treatment Center, Robert Massingill, M.D., consulted fellow CTC physician, Roscoe Chan, M.D., FRCPC, and determined low-dose radiation treatment was the proper course of action. “Because we diagnosed the cancer early, we were able to avoid chemotherapy and its side effects,” Dr. Chan says. “If Mr. Bond hadn’t caught it so early, the cancer could have spread to other glands and organs.”

CARE IN ALL IT FORMS
Craig says the quality of care and attitude of his medical care team made his treatment much easier than expected. “All of the people in the radiation clinic were outstanding,” Craig says. “I couldn’t have asked for better. Their compassion was awesome, along with their care and professionalism.”  Craig says his last checkup shows he’s in good health, but he and Dr. Chan both preach the importance of follow-up care to detect possible remission.

FROM PATIENT TO PATIENT ADVOCATE
Following his initial diagnosis, Craig Bond began to look for support. He discovered the Firefighter Cancer Support Network, and now serves as the state director for Louisiana. He uses his experience to help others facing similar challenges, as other firefighters helped him during his time of need. “It used to be a badge of courage to walk around with dirty gear,” Craig says, “but we’re trying to educate firefighters to clean their gear because it holds carcinogens, and to keep wearing their breathing gear [during a fire] until oxygen levels are safe.” His advice isn’t only for firefighters. “Cancer isn’t always a death sentence, but if we hadn’t caught my cancer early, things could have been different,” he says. “Perform self-exams, check every area of your body for anything abnormal and consult your doctor with your findings.”