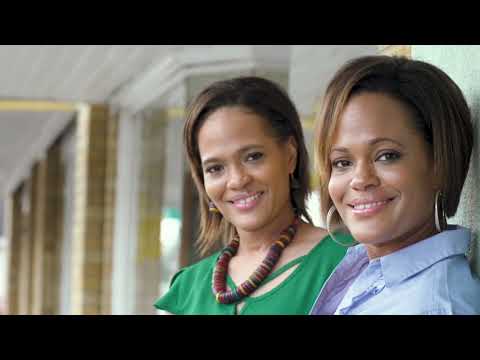 As an active mother, Minta Ned enjoys walking, jogging and playing basketball with her 9-year-old son. Last year, however, a combination of poor sleep, low blood sugar and a lack of energy kept Minta from pursuing the things she loved.

“I was always tired,” Minta says. “I would fall asleep anytime I tried to watch a movie or television with my husband, and I wasn’t able to exercise without feeling exhausted.”

Minta knew her weight was contributing to her lack of energy and adjusted her lifestyle multiple times to shed the pounds. After changing diets and pursuing physical activity to no avail, she received some inspiration from an unexpected source.

“My sister had bariatric surgery about six months before I did,” Minta says. “I knew other people who had surgery, but after my sister had hers, I decided to do more research.

Michelle Sparrow is Minta’s sister. Together, they make up two-thirds of a set of triplets. Both of them went to CHRISTUS Southeast Texas Bariatric Center for help with their weight.

“I worked for CHRISTUS Southeast Texas St. Elizabeth for 17 years, so I knew about the benefits of bariatric surgery,” Michelle says. “I didn’t think I would qualify, but I realized I was a candidate for surgery after my consultation.”

Michelle experienced health concerns similar to her sister’s. She was constantly fatigued and out of breath. After speaking with dietitians and nutritionists, both Michelle and Minta had their bariatric consultations with Jerome Schrapps, M.D., medical director of the CHRISTUS Southeast Texas Bariatric Center.

“Bariatric Surgery is not cosmetic surgery. It's an operation to treat the disease of obesity along with its associated illnesses, such as sleep apnea, arthritis, diabetes and hypertension."
— JEROME SCHRAPPS, M.D., MEDICAL DIRECTOR OF THE CHRISTUS SOUTHEAST TEXAS BARIATRIC CENTER

During a gastric sleeve procedure, surgeons remove a large portion of the stomach and leave a smaller, banana-shaped section for food intake. Patients who undergo this procedure eat less because of their reduced stomach capacity. Typically, patients also experience decreased appetite due to changes in gut hormones as a result of the surgery.

Prior to their surgery dates, both Michelle and Minta doubled down on necessary diet and lifestyle changes to prepare for their lives after sleeve gastrectomy. Lifestyle changes are a required part of preparation for patients who decide to undergo bariatric surgery, since they’ll be eating smaller portions of nutrient-rich food after the procedure. Diets usually contain high amounts of protein, vegetables and plenty of water.

“I was disciplined with my meal preparation after meeting with the dietitian,” Michelle says. “You’re also required to see a psychologist or counselor, because you’re making a life change.
It’s not a light decision, so you have to adjust and prepare mentally for that commitment.”

Michelle and Minta also underwent multiple examinations to determine the effects of their weight on their health. Minta participated in a sleep study and discovered that she had sleep
apnea, which helped explain her restlessness at night and lack of energy during the day.

Both sisters lost weight in the six months before surgery as part of their preparation, which helped their sleeve procedures go smoothly. Though Minta had to reschedule her surgery
multiple times due to Hurricane Harvey, she was more than ready for the procedure when the day finally came. Minta and Michelle both recovered quickly after surgery and have lost a combined
126 pounds since their procedures. Their energy has returned, and neither sister has problems staying awake in the afternoons. Minta is back to playing full basketball games with her son
and has taken up another sport she loves.

“I can play a whole game of volleyball now,” Minta says. “When your body is no longer suffering from weight challenges, it’s a good motivator to stay committed to your fitness and
diet routines.”

Michelle and Minta have successfully adapted to their new lifestyles and are excited for what the future brings. Michelle has even seen changes in her family as a result of her new eating
habits. Her sons have taken a liking to the yogurt and protein-rich foods that she regularly prepares. The sisters are thankful for the support they’ve received from their friends, family and
coworkers and encourage others to speak to their doctors if they’re experiencing weight problems or other related conditions.

“I never questioned whether I made the right decision,” Michelle says. “I knew it would pay off in the long run, and it has.”